“Segac” is a name for Sega of America coined by North American Phantasy Star Universe players when they felt that they were not receiving the same treatment as their Japanese counterparts. While Sega has been pretty good throughout their history about localizing (or at least allowing other publishers to localize) their games, there are some titles that never make it across the sea. So for the well-I-think-it’s-cleverly-titled “Segac Orner” series of features, I’m going to bust out the Segac moniker (lovingly) and talk about the Japanese Sega games I really want to see released here in English. In this era of HD remasters and digital download services, it’s never too late or impossible for a game to be brought over!

Sega’s Shining series encompasses multiple genres (strategy, dungeon crawler, and action RPG) and has seen a variety of teams work on it. The series’ constant genre-swapping may frustrate fans most familiar with the Shining Force strategy titles (arguably the most popular genre to bear the Shining name), but change is a constant in the series (it’s important to remember that the series started with a first-person dungeon crawler). Unfortunately, North American players have missed out on entries in all of the genres, except somewhat oddly, the dungeon crawlers. Here, I take a look at the games in the series never released in North America, all to varying degrees of tragedy. 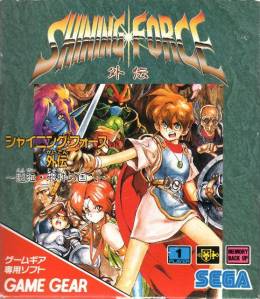 What it is: A sequel to the original Shining Force, this is a strategy title. While similar to its prequel in combat and tone, there are no town-roaming sequences; players instead save, resurrect, and shop via a menu.

Tragedy level: Low. As a Game Gear owner and RPG fan in the early 90s, I would have loved for this game to have seen release, of course. But fortunately, North American gamers had a chance to play an updated version of the title for Sega CD.

What it is: This title takes place between the two Shining Force games on the Genesis. Again, there is no town exploration.

Tragedy level: Medium at release; low now. While it would have been nice to play when it came out, by 1995 (or 1996 after localization), with all the flashy new 3D systems hitting the market, I honestly probably wouldn’t have been too excited to purchase a Game Gear game. But years later, after coming to my senses and wanting more Shining, I was happy to find that Shining Force Central had released an English translation patch! 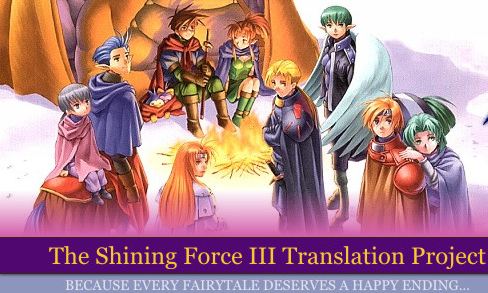 What they are: Shining Force III was released in three parts, each taking place from a different main character’s viewpoint and culminating at the end of the third scenario. North America received only the first scenario.

Tragedy level: EXTREMELY HIGH. Before the Shenmue games, Shining Force III was, at least to English-speaking fans, Sega’s most epic unfinished story. Unlike Shenmue, the final two scenarios for Shining Force III were released in Japan, but have remained there since 1998. There is some hope however. A translation project has been in the works over at Shining Force Central for a while, and is still active. I honestly believe that they will pull it off eventually, and I can’t wait for that day!

What it is: An original, isometric, Shining strategy title, with very little English information on it.

What they are: Remakes of the three Shining Force Gaiden games.

Tragedy level: Low. As stated above, all three games are now available to play in English.

What it is: A direct sequel to the action RPG, Shining Tears.

Tragedy level: Low (to medium). Shining Tears is not really a beloved title in the Shining series, so I doubt many fans were upset this never made it over. However, I really enjoy Tony Taka’s art and the game scored a respectable 80 / 85 / 70 / 75 in Japanese game magazine Dengeki, so I remain curious.

What it is: A mobile phone release involving the Tears/Wind characters. There is little English information on this title.

Tragedy level: Somewhat high, actually. Screens on the Japanese site depict what appears to be a classic, 8/16-bit Shining Force title. Really hope we eventually see this in English in some form.

What it is: A (pretty close to) traditional Shining Force strategy title. Movement in combat is more multi-directional than the grid-based system of the originals and combat takes place from a side rather than an over the shoulder perspective, but it’s apparent that the developers used the original titles as inspiration for this one.

Tragedy level: High. For reasons stated above. It seems quite solid, with Famitsu giving it straight 8s. Plus, it has animation by Gonzo (the studio that did the cutscenes for Lunar 1&2 Complete)!

What it is: A four-player action RPG ala Phantasy Star Online.

Tragedy level: Medium if it remains arcade-only; High if it comes to consoles or portables and we don’t get it. I’m really intrigued by this title. I love PSO/U/P, and this seems like a colorful, more action-oriented variation with great art. But as an arcade release, it would be kind of a waste to release it in North America, as arcades are in short supply these days.

What it is: A traditional RPG, where you play as a protagonist who appears to be constantly surrounded by women. The battle system in the game is known as the MOE system, and that’s not the only thing moe about the game. Characters you meet in the game range from a tsundere who casts ice magic to a cat-girl-maid.

Tragedy level: I’m somewhat embarrassed to say “high.” Again, Tony Taka is on art duty, and although some of the female characters appear to be walking anime tropes, their designs are pretty nice. The main draw for me however, is the soundtrack. It’s done by none other than Hiroki Kikuta, the legendary composer behind the Secret of Mana score. I suppose I could just import the CD, but hey, cat-girl-maid!

This article would not have been possible without the wonderful, definitive, resource that is Shining Force Central.